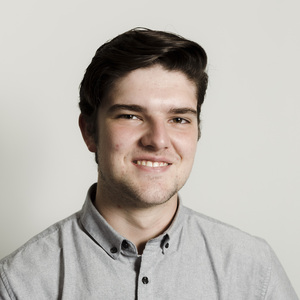 Ryan began dancing at SaskExpress Studio - Regina when he was 8 years old. During his training, he participated in ballet, jazz, tap, lyrical, hip hop, and contemporary. Ryan completed his Advanced CDTA exams in jazz and tap. Ryan began his instructing career as a ballet instructor for SaskExpress four years ago and has since continued to teach a variety of styles. Ryan frequently participates in the Regina Music Festival and has received many provincial level scholarships for his musical theatre performances at this festival. Ryan is heavily involved in theatre productions around the city and has appeared in shows with Regina Little Theatre, Regina Summer Stage, Do It With Class and Sterling Productions. He has also appeared in various SaskExpress performances first as a featured dancer in 2011 and 2012, then as a cast member from 2015-2018. Ryan completed high school in 2017 at Campbell Collegiate and has since been working on a Bachelor of Science degree with a major in biochemistry at the University of Regina. This past summer he worked in the office at SaskExpress as a Marketing and Research assistant and currently works as the Studio Receptionist during the week. He is excited to teach musical theatre, hip hop, jazz and tap this year at SaskExpress Studio - Regina!